Life and death of a rural village in Garamantian Times. Archaeological investigations in the oasis of Fewet (Libyan Sahara)

This volume presents the results of the archaeological investigations in the oasis of Fewet (SW Libyan Sahara), carried out by the Archaeological Mission in the Sahara of the Sapienza University of Rome. Evidences of an ancient rural village were identified under the houses of the modern town of Tan Afella and a large necropolis, dated to the Garamantian times, spread at the fringes of the modern settlement. Until 1997 very little was known on the Garamantian period in the Wadi Tanezzuft area and on the transition from the pastoral to the early-historical phase. This period witnessed the gradual sedentarisation of human groups in the oases, and the development of caravan routes with the flourishing of an intra- and trans-Saharan trade. These processes, also influenced by significant alterations in climate, which led to the agricultural exploitation of the limited areas where water resources were available – the oases – were archaeologically unknown as far as settlements were concerned. The archaeological surveys and excavations carried out in the area of Fewet were particularly promising and are here analysed in a multidisciplinary perspective, which takes into consideration environmental and anthropological studies in the attempt to reconstruct the culture and the life of people inhabiting the Southern Fezzan region in early-historical times.

«The historical archaeology of the Sahara remains an underdeveloped field of research, especially for the pre-Islamic period. The most significant exception to this rule has for long concerned the people known as the Garamantes, who inhabited the central Saharan region coincident with Libya’s south-west province, Fezzan. (…) This volume is a marvelous addition to the small corpus of published research on the Pre-Islamic oasis societies of the Sahara and provides a complementary perspective on the world of the Garamantes to the Anglo-Libyan work I have directed from their heartlands in the Wadi el-Ajal, c. 400 km to north-east of Ghat». Prof. David J. Mattingly, University of Leicester, UK.

Lucia Mori (PhD Istituto Universitario Orientale, Naples) is Assistant Professor in History of the ancient Near East at the Department of Antiquities, of Sapienza Università di Roma. She is a member of the Italian-Libyan Archaeological Mission in the Sahara (previously Archaeological Mission in Acacus and Messak) since 1997. Her research in the Libyan Sahara has been focused on the reconstruction of the early-historical phases in the region. 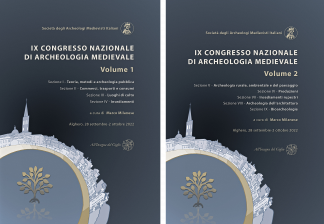